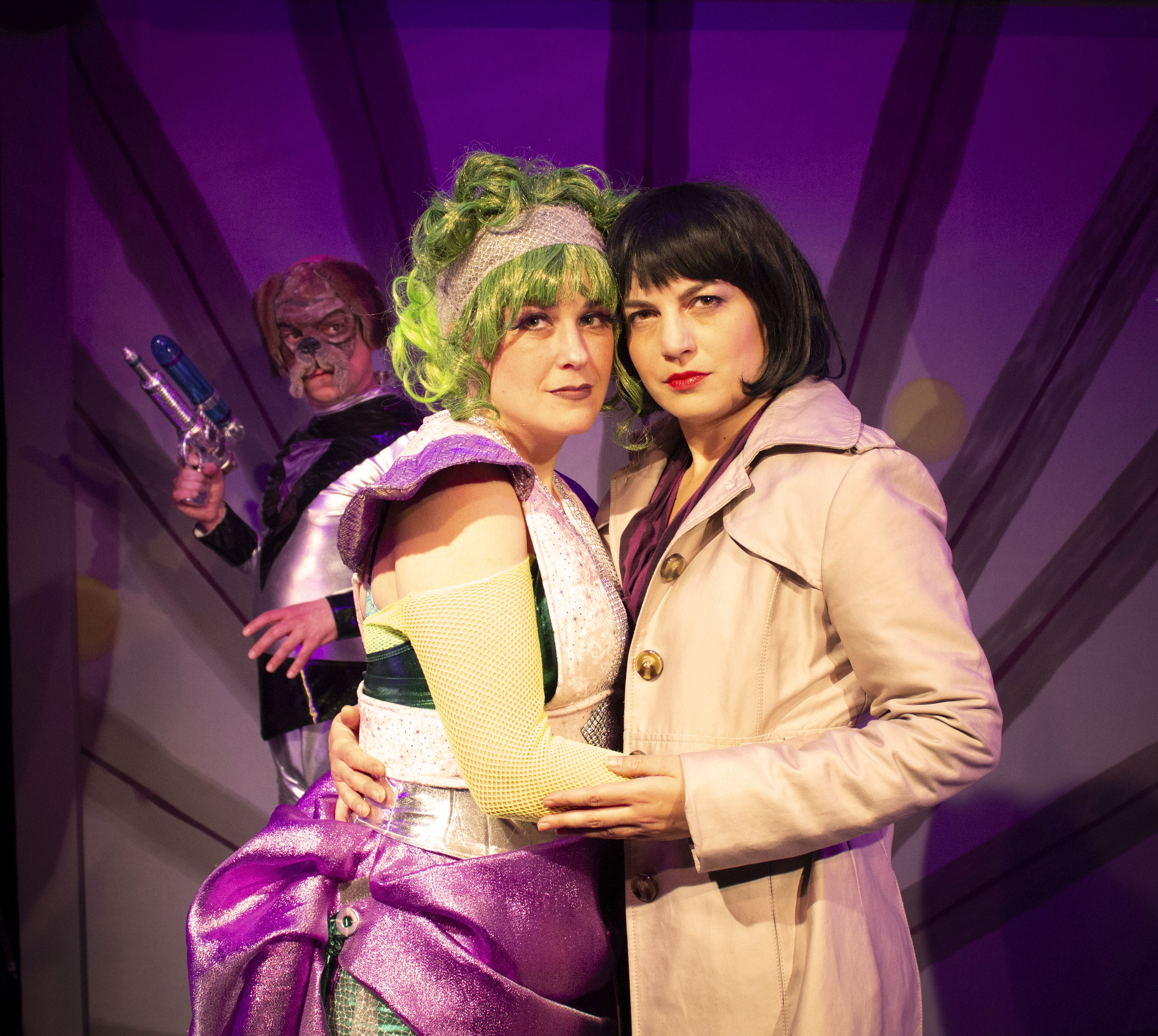 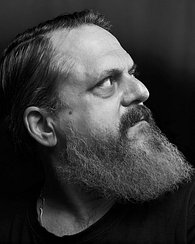 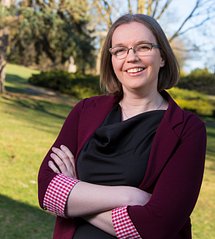 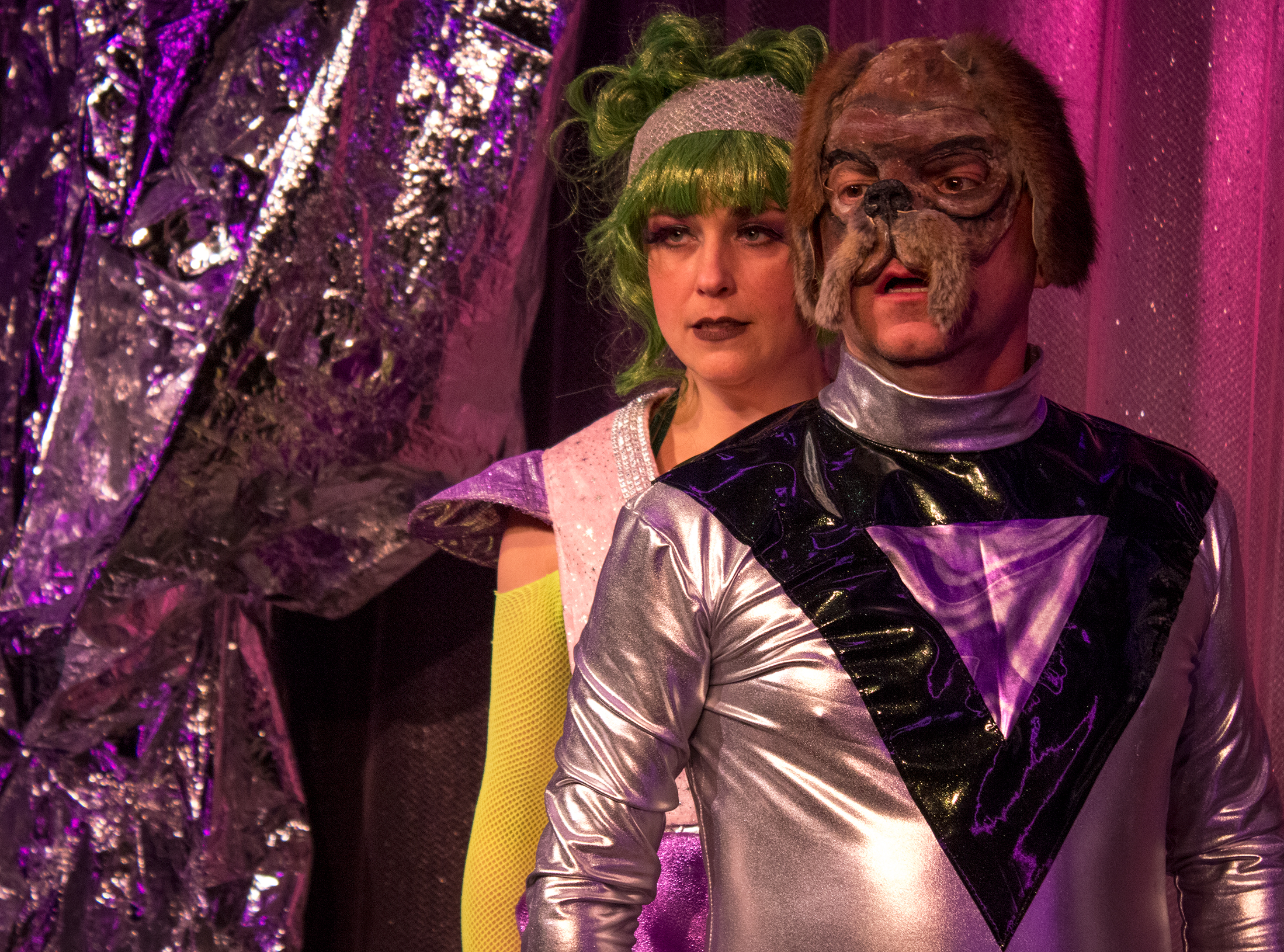 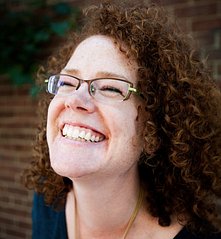 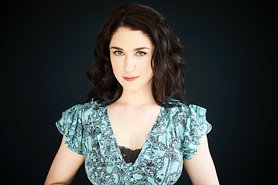 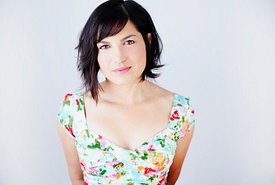 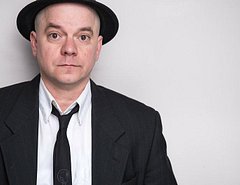 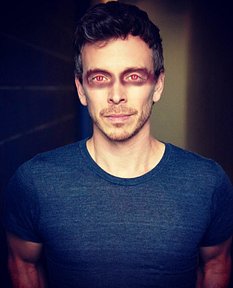 Lisa is a T.O. actor whose career has spanned the country and the worlds of stage, screen and voice. Recent projects include Mark Crawford’s The Birds and the Bees (Lighthouse Theatre), Lysistrata and the Temple of Gaia (Odyssey Theatre, Ottawa), the TV series Carter, the feature film A Deadly View, and the video game Assassin’s Creed Syndicate. Some hometown faves over the years: The Model Apartment (Harold Green Jewish Theatre); And Up They Flew (Theatre Columbus), Of Mice and Men (Canadian Stage), Den of Thieves (Surface Underground), Better Living and Escape From Happiness (Factory Theatre), An Acre of Time (Tarragon), and The Innocent Eye Test (Mirvish Productions). She enjoyed five seasons at the Shaw Festival and three summers premiering new work at the Blyth Festival. Lisa is currently voicing the cartoon series Glowbies, coming soon to CBC TV. Catch her onstage again in March, in Pyretic Productions’ Blood of Our Soil in the Tarragon Extra Space.

Mairi is brimming with galactic glee to be a part of Space Opera Zero with this amazing company of intrepid voyageurs. Favourite past credits include: Spider's Web (Theatre Aquarius), War Horse (Mirvish/US Tour), Screwball Comedy, Baskerville - A Sherlock Holmes Mystery, Perfect Wedding (Lighthouse/Showboat), Sugar Road, Gift of the Magi, Miracle on 34th Street (Theatre Orangeville), Educating Rita, Guys and Dolls, Our Town, The Importance of Being Earnest, It's a Wonderful Life (RMTC), Brief Encounter (Vancouver Playhouse/RMTC), The Rocky Horror Show (RMTC/CanStage), West Side Story (Citadel/TC), Sound of Music, Beauty and the Beast (Rainbow) FILM/TV: The Stanley Dynamic, Fangbone. She lives in the East End with her wonderfully supportive husband and cat.

Eric Woolfe is an actor, playwright, puppeteer and magician, and the
Artistic Director of Eldritch Theatre, a Toronto Company specializing
in horror plays using puppetry, live actors, and parlour magic. His
work for Eldritch Theatre includes The Harrowing of Brimstone
McMcReedy, House at Poe Corner, Frankenstein’s Boy, The Haunted
Medicine Show, Madhouse Variations, The Babysitter , The Strange &amp;
Eerie Memoirs of Billy Wuthergloom, Dear, Grendelmaus, and Sideshow of
the Damned. Some of his other credits include Old Man and the River
(Theatre Direct), The Comedy of Errors (Humber River Shakespeare), The
Glass Menagerie, Ghosts (Touchmark Theatre) Rocket and the Queen of
Dreams, (Roseneath Theatre). Little Shop of Horrors (Canstage), Timon
in Disney's The Lion King; Eric has been nominated for over a dozen
Dora Mavor more awards as both an actor and playwright. He is a three
time nominee for the prestigious KM Hunter Memorial Award. The World
Encyclopaedia of Puppetry lists him as one of Canada’s exciting new
wave of notable puppeteers. He has been nominated for 20 Dora Mavor
Moore Awardsand won zero.
His non-creepy writing credits include Step Right Up!, and Twas, for
Theatre Orangeville. Pomeranski Rex for The Toronto Fringe and the film
scripts Cannibal Rain, Zombocalypse!, and Blackwood Hotel.
His film and TV acting credits include Man Seeking Woman, Heroes
Reborn, Defiance, Murdoch Mysteries, Haven, Hemlock Grove, The
Listener, Transporter, Certain Prey, and most notably, George Romero’s
modern zombie western masterpiece, Survival of the Dead.

Thrill as a 1930s Earth Woman is rocket-planed to a distant planet! Swoon as a tragic love triangle endangers the universe. Gasp in terror as a wicked dog mutant and tentacled slug creature plot to destroy the pulchritudinous Space Princess.

For nearly 20 years Eldritch Theatre has been prowling the theatrical underground, earning audience acclaim and over 25 Dora Awards nominations and wins for their outstanding horror productions. Eldritch shows are "Toronto’s Spookiest Stage Shows” (Torontoist) and in “Toronto’s Top 5 Shows To See” (Culture Trip). This fall make Eldritch Theatre a tradition as it’s a “great way to continue the Halloween spirit,” (NOW Magazine).

"Eldritch’s artistry in puppets and physical effects
punches above its weight —  Take a chance on this space odyssey."

Space Opera Zero is the newest creation by Eric Woolfe (House at Poe Corner, The Harrowing of Brimstone McReedy) which rocket boosts the audience into a retro science fiction sex tragedy of weird fantasy and horror! Told with libidinous actors, hideous puppets and mind boggling interstellar magic. An homage to the Pulp Magazines of the 1930s with Lisa Norton (Murdoch Mysteries) as Emily Trueheart the Pilot, Mairi Babb (War Horse) as Princess Jenora the Princess, and featuring Eric Woolfe as Doggo the Mutant, Hjalmar Pomeranki the Mad Scientist, Ro-Berta the Sex Robot and many, many more!

Directed by Dylan Trowbridge (The Harrowing of Brimstone McReedy for Eldritch Theatre, and The Big Game for Red One Theatre Collective), Space and its inhabitants designed by Dora awarding-winning Melanie McNeill, with cosmic lights by Michael Brunet, and sounds that invoke the terrors of the endless void by Christopher Stanton.

"A space-time journey fuelled by love and imagination offers an

intense and intimate experience you won’t want to miss."

Based on the blood-soaked Jacobean tragedy The Changeling, by Thomas Middleton, Space Opera Zero is filled with sinister romance and treacherous aliens. Earth Girl loves Space Girl, who is engaged to an warlike slug monster, and also happens to have a mutant dog-faced stalker willing to do whatever she wants just to have a one night with her. Love is love is love, and deceit begets deceit and worse yet, murder most foul, and even worse still, the potential destruction of all of creation, devoured by an impossibly large Elder God.

Melanie is a Toronto based set and costume designer who has worked extensively with Eldritch Theatre, Theatre français de Toronto, and Videocabaret, amongst many others.  She is also a Production Designer and Art Director in the tv world.  Melanie has received 3 Dora Awards, 7 other Dora nominations, a Prix Rideaux Award, and a nomination for the 2015 Prix d’Excellence artistique.  Melanie is a graduate of Ryerson Theatre School, and a member of Associated Designers of Canada.

Dylan Trowbridge was born in British Columbia but grew up in Toronto, Ontario. When he was young he wanted to become a politician.

Michael Brunet is a multi-talented theatre artist. He has been nominated five times for awards for his lighting designs and three times as an actor, winning twice for design and once for acting. He graduated top of his class in computer programming in the ‘90s, but saw no future in that field, so promptly turned his sights to the theatre. Since then, he has worked in a wide range of venues, has toured in the Americas and Asia as a puppeteer and designer and appeared in numerous indie films and television shows. His love of the low-tech approach to storytelling has kept Michael rooted in the indie and small-scale theatre scene. Space Opera Zero encapsulates all he loves about live theatre and the possibilities of imaginative storytelling and he is thrilled to be a part of the team bringing it to life.